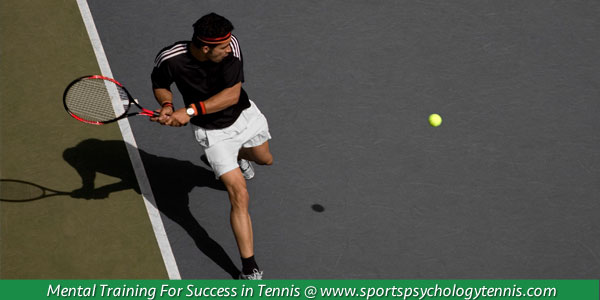 How do athletes deal with negative thoughts, doubts, and high expectations? With the pressure of being No 1 in the world, Novak Djokovic overcomes his mental gremlins to win the finals of the 2011 Rogers Cup. He felt as if a target was on his back. “Well, it is probably a little mental advantage when you get on the court knowing that you’re the player to beat. But, on the other hand, it adds the pressure and expectations as well because you are a favorite to win each match you play, whoever you play against, says Djokovic.”

For the average tennis player, it’s refreshing to know that pros admit to having tension and doubt. Even the No. 1 tennis player gets nervous at times. Wow. Maybe the pressure even helps him succeed by pushing him to work harder at his game. How can you shake off the tension and doubt and win the mental battle within?

Novak admits that he’s human and at times let’s his emotions get to him. “I was going through a lot of emotions. I think I was more nervous today than in the previous matches. Well, it was the final. There was a lot of tension going on. It was a very close match. He [Fish] wanted to win that match as much as I did. That’s why, you know, we were quite intense. It was a mental fight…”

Tennis players have two choices when they feel nervous. You can question your ability, lose confidence, and tank the match. Or you can embrace the pressure and use it to help you play better.

Novak says that when he’s nervous or doubting he tries to “… encourage myself, of course. There are times when I am negative to myself. But, look, you know, I think I did hold my composure in important moments today, and I played well when I needed to… that confidence that I’m carrying helps me a lot.”

Tennis is a mental game and you will have doubts or negative thoughts during important points or games. How you react to your own internal gremlins will determine the quality of your play and outcome of the match. “It’s just all about having positive attitude on the court every day, waking up every day wanting to improve, wanting to win, being determined, being professional,” Djokovic said.