Novak Djokovic, the world’s No. 1 tennis player, beat Rafael Nadal in four sets, 6-2 6-4 6-7 6-1, in the US Open final. This makes for his 2nd grand slam championship of 2011. Djokovic attributes his strong performance in the final to his mental game, confidence, and positive attitude. He really hasn’t changed his tennis game technically, but … END_OF_DOCUMENT_TOKEN_TO_BE_REPLACED

Stosur’s mental focus, tactics, and powerful shots helped her win the US Open over Williams, 6-2, 6-3. Stosur was the underdog in her mind, and many others, but still managed to win a lopsided match for her first US Open title. She felt less pressure as the underdog. “I felt like I was definitely the underdog going into it, so maybe that kind of … END_OF_DOCUMENT_TOKEN_TO_BE_REPLACED 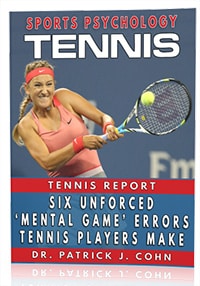