Video Mental Coaching from Anywhere in the World - LEARN MORE!
You are here: Home / Pro Tennis Mindset / Did Nadal Really Choke at Wimbledon? 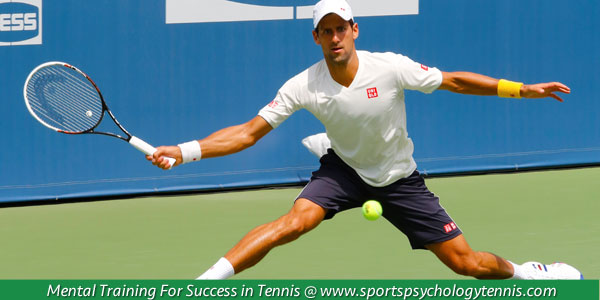 Rafael Nadal, the number two-ranked player in the world, is known for his mental toughness on the men’s tennis circuit. He’s won countless tournaments on his aggressive style of play and mental toughness including the 2011 French Open. But last week, Djokovic defeated Nadal 6-4, 6-1, 1-6, 6-3 in the 2011 Wimbledon final. Did Nadal choke in the championship match against Novak Djokovic? Was Nadal’s confidence hurting because he lost four previous matches to Djokovic? In today’s article, I’ll explain why Nadal may have choked during the final match at Wimbledon and what I think constitutes choking in sports.

According to Nadal himself, his confidence took a hit from the previous loses he suffered to Djokovic. Nadal stated that confidence is key especially when he was playing the important points of the match. “I started the final match without thinking [about the previous loses to Novak]. But when you arrive to 5-4 in the set, these [critical] moments, it probably affects you a little bit. That’s what happened, and that’s why,” Nadal explained after losing.

I think the previous wins became a mental advantage for Djokovic, which helped him to win the Championship in four sets. Novak said that winning the previous matches gave him more confidence to win the critical points or play well during the tough moments in the match. In addition, Novak used mental imagery to recall when he performed well against Nadal in previous matches and why. “Probably, you know, because I have won four times, consecutive times, in the finals against him this year. So I had that in the back of my mind. I was trying to take myself back to those matches and really perform the same way that I performed those days in those matches: aggressive, taking my chances, not giving him opportunity to take over the control,” said Djokovic after winning Wimbledon.