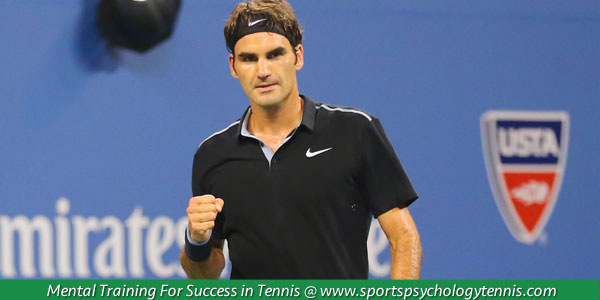 Having Confidence That You Can Win

OK, I keep thinking about the Nadal-Federer match up. As I said in a previous article, the finals at the Australian Open were filled with tennis psychology gems. I talked about how Nadal knew who he was before the match and it did not change after the match.

Another interesting inner game of tennis quote I picked up from the post-match interview was something Nadal said his coach told him to do:

To believe in the victory all the time.

Translation: Have confidence that you can win the match no matter what happens during the match.

The interviewer asked Nadal if he was worried about his fitness level because of the marathon semi-final match two days earlier. This is what Nadal had to say:

“Yes, little bit. Little bit tired. I was little bit worried about the physical performance because I practiced and was tough to keep the concentration, no? But I spoke with my coach before the match, with Toni. He told me, ‘you go there and fight all the time and believe in the victory all the time.’ I think that’s what I did in the end,” Nadal said.

I think Federer defeated himself mentally in the final set with some faulty thinking. Later, he felt the match should not have gone five sets… He also held the idea that the better player does not always win because it comes down to momentum and who has the momentum at the end of the match:

“He’s tough like many other guys. You know, in a fifth set, anything can happen. That’s the problem. Not usually the better player always wins. Just a matter of momentum sometimes,” said Federer.

You can see two different tennis mindsets playing out here. I don’t really know what they are thinking, but based on the post-match interviews, Federer allowed his lack of momentum to sabotage him chances. Whereas Nadal used momentum and belief that he could win the match to propel him to victory. Federer said he let this one get away from him, but can’t win every tournament he enters.

“I think I played a bad fifth set,” Federer said.

Your tennis psychology tip for today

Don’t let the shifts in momentum change the belief in your ability to win the match. Stay confident, hit the shots that got you into the finals, and never lose faith that you can win.