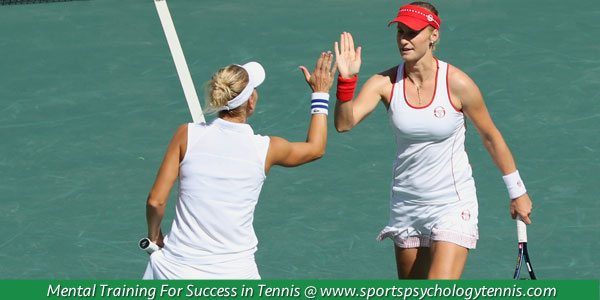 When athletes perform without expectations, they can do amazing things… Like beat the number one tennis player in the world!

In a dramatic upset this past week, No. 1 ranked Serena Williams was defeated by Roberta Vinci, ranked number 43 in the world. This defeat marked the end of Williams’ pursuit of a Grand Slam, a feat only five singles tennis players have achieved.

The defeat was devastating to Serena, who had surely not expected to be defeated before the Finals.

Following her defeat, Williams denied the idea that the pressure of obtaining this elusive record had negatively impacted her play.

Despite her insistence that this pressure had not affected her, it seems clear that Williams’ mental game was not sharp probably as a result of her high expectations.

Following her defeat, Williams’ coach, Patrick Mouratoglou, spoke about the pressure she had faced and the effect it had had on her play.

“Players are humans. How many times did it happen this year where she felt like this and she still found her way through? She didn’t find her way today,” said Mouratoglou.

“(In) my mind, I say, ‘Think about this, she’s nervous. So I tried to keep fighting for every single point.”

Despite Serena’s post-game response, her nerves were undeniable. Nervousness and anxiety in important matches is a problem that all athletes face from time to time.

Often, when the stakes are raised, athletes may succumb to the pressure we are experiencing from their personal expectations for success.

When you are the better player and expected to win, the possibility of loss can be threatening. The fear of losing can cause you to perform tentatively, and become afraid to make mistakes. Energy and attention are wasted on anxiety or frustration.

When you perceive the threat of losing, you allow yourself to be defeated by, rather than motivated by the challenge.

When under pressure to succeed, it’s important to remember a few key tips that will prevent you from falling to sports anxiety.