Video Mental Coaching from Anywhere in the World - LEARN MORE!
You are here: Home / Pro Tennis Mindset / Did Andy Murray Beats Himself at US Open? 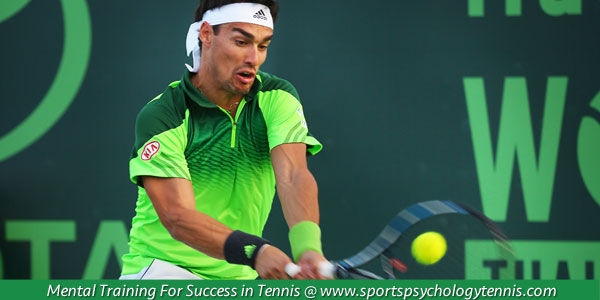 The ATP ranks tennis players on a merit-based method used for determining qualification for entry and seeding in all tournaments. If you play enough tennis matches, you will eventually lose to a lower-ranked opponent. It happens to everyone, even the best players in the world, such as Murray and Federer at the US Open.

Why? There are many factors that can contribute to the loss to a lower-ranked opponent, such as; lingering injuries, appearance demands, traveling schedules, playing down to the level of an opponents, etc. Each can affect a player’s focus and confidence during a match, which can have a dramatic impact the result of the match.

Andy Murray, a Scottish-born tennis player, ranked No. 3 in the world had difficulty focusing during his 2013 US Open quarterfinal match against ninth seeded Stanislas Wawrinka (ranked No. 10). Based on previous accomplishments, Murray had a huge advantage. Wawrinka, to this point had never played in a semifinal Grand Slam event. Murray, on the other hand, had won 30 of his preceding 32 Grand Slam matches including victories in the 2012 US Open, 2012 Olympics and Wimbledon in 2013.

The end result was Wawrinka defeating Murray in straight sets, 6-4, 6-3, 6-2. The match analysis included some interesting statistics: Murray didn’t earn a single break point during any of Wawrinka’s 14 service games; Murray’s serve averaged 9 mph less than Wawrinka; Murray won just 78 points to Wawrinka’s 107; and after a double fault in the third game, Murray lost the next 12 points in a row.

Murray said the following about confidence for tennis players, “If someone goes on the court thinking they can win against you, then the match is as good as done. In an individual sport when you’re just playing against one person, if you believe you can beat him and they don’t have a very good day then you can cause an upset.”

Murray’s suggest that the person you often battle is yourself! Have you ever beat yourself? At times, you are your own toughest opponent. The inner turmoil and negative self-talk during a tennis match are about emotional control, and if not managed, you will beat yourself.

Throughout the match, Murray exhibited a lot of self-destructive body language: smacking his forehead with his palm, rolling his eyes, muttering comments to himself, playing flat-footed, letting out a scream and smashing his racket on the ground. Murray’s on-court behavior provides some insight into his thought process and inability to regain his focus during the match.

Focusing encompasses many areas: managing emotion, fatigue and recovering from errors. While focusing is an enviable skill for all athletes, the ability to refocus in the heat of battle may be even more important. The good news is that after each point, a player has the opportunity to re-set their focus and prepare for the next point.