Video Mental Coaching from Anywhere in the World - LEARN MORE!
You are here: Home / Tennis Psychology / Tennis Choking / Do You Make Excuses for Losing Matches? 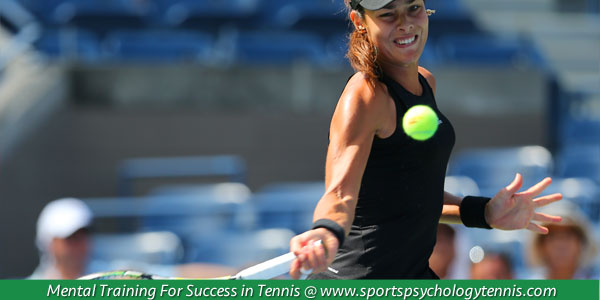 Many tennis players repeat the refrain, “It’s not my fault…”

Some tennis players blame mistakes and losses on a wide range of sources:

Blaming prevents an athlete from acquiring valuable feedback from a performance, which interferes with improvements that could be made to training, technique, and/ or strategy. Without taking ownership over your level of performance, you lose a sense of control over performance outcomes.

In essence, blaming causes an athlete to look for solutions to poor performance outside of themselves and their control.

Instead of trying to improve their performance through more focused training, better technique or managing emotions, athletes engaging in the “blame game” seek for answers through changing coaches, switching teams, blaming others or giving up all together.

Ana Ivanovic is a 26 year-old professional tennis player from Serbia.

Since her French Open in 2008, Ivanovic’s performance slumped as she has battled big-match nerves, serving problems and a rash of injuries.

Ivanovic is currently ranked 14th and has been outside of the top 10 since June 2009.Ivanovic has responded to her inconsistent play by changing coaches six times since 2006 and hiring multiple fitness trainers.

Ivanovic’s coaching turnover points to a player stuck in a rut who is desperately searching for a way out of it.

Jo Durie, tennis commentator and former player, feels that Ivanovic needs to take ownership and develop her mental game instead of changing coaches:

“It’s about confidence with Ana. Her sense of trust in herself is what she needs. A lot of players on tour jump around with coaches, I can never understand that.”

Ivanovic has even blamed her schedule for her inconsistency despite most players having similar schedules:

“Especially at the end of the year when from America we mostly go back to Europe for a week and then we go to Asia for quite a few weeks, so that’s kind of tiring and hard.” After kicking off the 2014 season with a win over former No. 1 Venus Williams, Ivanovic blamed the victory for her failure to advance to the semi-finals of the Australian Open stating her victory had left her “emotionally drained.”

Taking responsibility for your performance in tennis: