Video Mental Coaching from Anywhere in the World - LEARN MORE!
You are here: Home / Tennis Psychology / Tennis Confidence / Do You Suffer From A Lack Of Belief On The Court? 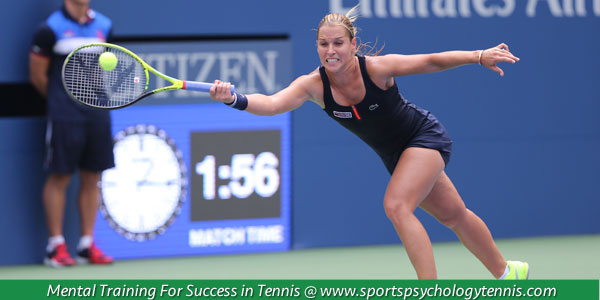 Trusting Your Skills in Matches

Do your last few poor performances on the tennis court affect your play during present matches?

Do you suffer from a lack of belief or low confidence on the court?

Have you ever played a tennis match against a top opponent and had a feeling that you were going to lose even before the match started?

The outcome of that lack of belief was that you didn’t attack and go for shots resulting in the loss you expected.

Henry Ford once stated the effects of belief:

It is belief that affects your confidence and how you approach pressure situations.

Just because something hasn’t happened in the past, doesn’t mean it won’t happen in the present.

The key to belief is to stay focus in the present.

The past can crush your confidence and the future can make you fearful and anxious.

Belief in your game gives you a chance to succeed.

Leonardo Mayer, 27 year-old tennis professional, continued to believe in his tennis abilities despite having a losing record on the ATP tour.

But Mayer seemed unaffected by his past play on the ATP tour and his rank of No. 46 in the world as he faced David Ferrer in the final of the German Open.

Mayer’s unwavering belief paid off as he beat Ferrer 6-7(3), 6-1, 7-6(4) to win his first ATP World Tour title at the International German Open.

Mayer gave himself a chance by believing he could win and focusing on his game on the court.

MAYER: “I wasn’t the top favorite, but I gave it all my strength, power and energy because I absolutely wanted to win.”

Mayer admitted to being slightly nervous at the start of the match but showed perseverance and calm nerves to win the third set tiebreaker for the victory.

MAYER: “At the start of the match, I was a little tense. But I relaxed and started to play better. He [Ferrer] also made some mistakes that got me back into the match. I tried to enjoy it and that’s why I won, I think.”

Try these tips to instill belief in your tennis game: