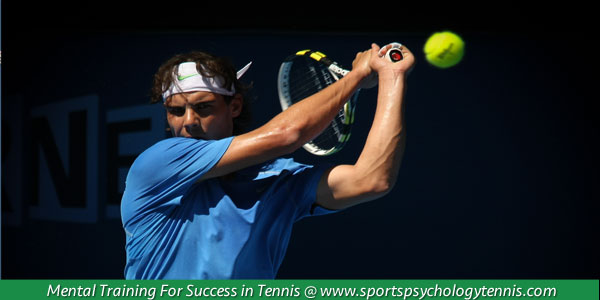 The Importance of Mental Preparation

Did you happen to catch the final of the Western & Southern Open Championship between Roger Federer and Novak Djokovic?

Federer won his fifth Cincinnati title Sunday, which was a record for this event.

What was really interesting, from a mental game perspective, was how flat Novak Djokovic looked in the finals…

Federer beat Djokovic 6-0 in the first set, which was the first time he’s done this. Keep in mind that Djokovic had not lost a service game prior to the finals.

And it wasn’t for the lack of wanting to win…

“It was a final today, so I really wanted to win. There is no question about it. Maybe playing couple weeks in a row, four weeks in a row, got to me maybe mentally. Physically it didn’t. I felt OK on the court,” Djokovic said.

Was he worn down mentally from playing too much?

Or did Federer just play that well?

I think he was flat in the first set because he was not prepared to play mentally. Intensity is critical in tennis… Federer took only 20 minutes to win the first set. Djokovic won only 10 points!

But having the right intensity that’s right for you is the key.

Novak played well in the second set because he found a way to get his intensity and thus game back.

Did Novak underestimate Federer because he’s beaten him their last few meetings on the hard court? Was he just tired from the Olympics drama? Did he not warm up properly before the match?

Only Djokovic knows the answer. However, this match really highlighted the importance of intensity and getting into the right mindset for the start of the match.

But Federer played flawlessly at the start of the first set. I think Federer was ready for a fast start and Djokovic wanted to work his way into the match.

“I was hoping for a good start, but not like that,” Federer said.

This was another example of the importance of your mental game in tennis. In this case, it was all about coming ready, mentally and physically, to play on Sunday in the finals of a championship.