Video Mental Coaching from Anywhere in the World - LEARN MORE!
You are here: Home / Tennis Psychology / Tennis Mental Game / How To Sharpen Your Mental Game In Tennis 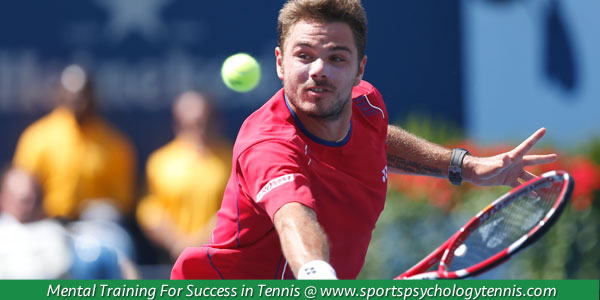 How would you rate your mental game on the tennis court?

Do want to develop a stronger mental game–one that can help improve your consistency on the court?

Does your performance vary from match to match despite your physical skills not changing that much?

Do you then try too hard to play your best only to make several unforced errors… Slowly your game seems to unravel.

Mental toughness is a skill, not a trait you are born with–it can improve.

With any skill, mental toughness requires dedicated and focused practice to hone the skill.

Many players believe that tennis professionals develop their mental game after they reach the elite level to gain an edge on their competition.

In reality, most tennis players achieve elite status because they were developing their mental game along with their technical game for years prior to reaching the elite level.

The Bryans bounced back in the second set breaking their opponents in the fourth game and won three of the first four points in the match tie-break to secure the title.

After the match, Mike Bryan credited their mental training program for their success in 2014.

MIKE BRYAN: “It [their program] kind of just focuses your brain to recreate the zone, which is kind of a relaxed concentration.”

The Bryans displayed their mental toughness on the court despite losing their first match to claim their 103rd career title.

MIKE BRYAN: “This [ATP Final] is considered the fifth slam, with the top eight teams in the world. To lose our first match and bounce back, barely qualify for the semi-finals, win today, was a great feeling.”

Mike Bryan further described how their mental game benefited their performance on the court.

MIKE BRYAN: “We did play a little looser. We freed up our games a little bit and did go for our shots, especially in that third set breaker. We let it fly. Bob finished the match with a 132 serve, 131. He wasn’t playing that serve safe.”

Try these tips to sharpen your mental game:

To learn all my secrets for playing relaxed tennis, look into mental training to add to your training program.