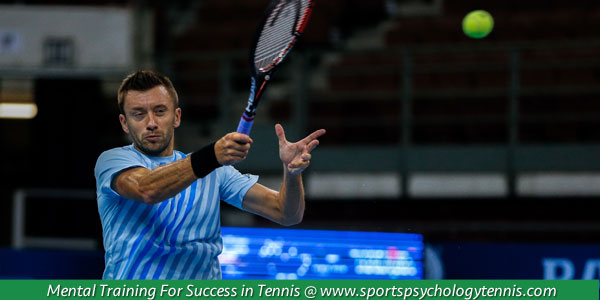 A hallmark of championship athletes is their ability to recognize the mental barriers that limit their performance. Three years after winning his first grand slam title at the Australian Open in 2008, Novak Djokovic’s hoisted the Norman Brooks Challenge Cup for the second time, defeating Andy Murray 6-4 6-3 6-2 in the 2011 Australian Open.

In the time between Djokovic’s two titles he endured criticism and periods of self-doubt for his lack of success. He was labeled “the one slam wonder,” and began to question his ability to compete at the level he was once capable of.

Rather than making adjustments in his serve and the way he played, Djokovic focused on overcoming the mental challenges that kept him from reaching his potential.

The burden from his lack of success became a “mental issue,” Djokovic told reporters.

“Every time you get it there, you know, you want to win it badly, but some things go wrong. You’re thinking too much. You’re worrying too much in your head. It’s a mental battle, definitely. Bottom line is that this is a very mental sport in the end,” said Djokovic.

After his triumph at the Australian Open 2011, reports asked Djokovic what he changed about his performance to get back on top of his game.

“Something switched in my head. It’s been a big mental struggle, because I was trying to separate my, of course, professional life from my more private life. If something isn’t working off court, then it’s going to reflect on the court. I managed to overcome that problem and dedicate myself to the sport which was a big success for me as a person,” said Djokovic.

Djokovic’s ability to recognize the mental struggles he was having on and off the court allowed him to develop a more confident and focused approach at the start of 2011.

Many of the tennis players I work with have the physical skills and talent needed to succeed, but a weak mental game keep them from reaching their potential. I teach my students the following tips to help them apply the mental skills they need to overcome the mental barriers that limit their performance.