You are here: Home / Archives for Tennis Mental Toughness 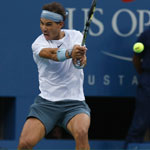 Playing in Adverse Weather Conditions Mardy Fish captured his third ATP title beating Evgeny Korolev 7-5, 6-3 at the Delray Beach International Championships on Sunday. In the past, Fish struggled to come home with the win when he got the to the finals. Fish has reached 10 finals in his tennis career, winning just three titles. But, Fish was … END_OF_DOCUMENT_TOKEN_TO_BE_REPLACED 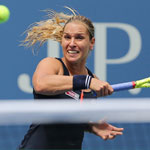 Grinding Out a Comeback in Matches Jelena Dokic returned to the professional circuit with a bold statement. Even though Dokic’s ranking slipped to 187 and she hasn’t played the main draw of a Grand Slam since 2006, Dokic showed no signs of mental weakness. Dokic grinded out three tough wins to mark her unbelievable comeback. Recently, Dokic … END_OF_DOCUMENT_TOKEN_TO_BE_REPLACED 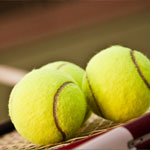 Developing Stable Confidence in Tennis Confidence can be fragile for many tennis players, which makes it difficult to have a strong mental game of tennis. What is fragile self-confidence in tennis? It means your confidence is prone to go up and down rapidly one point to the next because of how you think you are playing. We also call this being … END_OF_DOCUMENT_TOKEN_TO_BE_REPLACED

Staying Mentally Tough During Critical Match Points How well does your tennis mental toughness hold up during critical points during matches? During a close match when you need to win an important point, your mental game can determine your success or failure. If you tighten up, worry about losing the game, or attempt to be over aggressive with … END_OF_DOCUMENT_TOKEN_TO_BE_REPLACED

Venus Williams beat Elena Dementieva in three sets (6-4, 4-6. 6-3) at the Sony Ericsson Championships. Do you think your tennis mindset is important to tennis success? Williams’ does… Her victory was a result of her sound tennis mental toughness and positive mindset. No one can be perfect in tennis and you have to learn how to cope with mistakes … END_OF_DOCUMENT_TOKEN_TO_BE_REPLACED

The power of your mind game in tennis cannot be overlooked. The top tennis players in the world use their mental strength to help them succeed. Are your tennis thoughts powerful? Serena Williams used power thoughts during her round of 16 match against Daniela Hantuchova at the 2007 Wimbledon. In the second set, Williams and Hantuchova were tied … END_OF_DOCUMENT_TOKEN_TO_BE_REPLACED

Roger Federer won five consecutive Wimbledon titles in his career. You must be a mentally tough player to win five in a row! This year, Rafael Nadal put an end to Federer’s winning streak. Nadal defeated Federer in a tough five setter in the Wimbledon final. Federer also lost his number one ranking in August of this year. For many years, Federer … END_OF_DOCUMENT_TOKEN_TO_BE_REPLACED